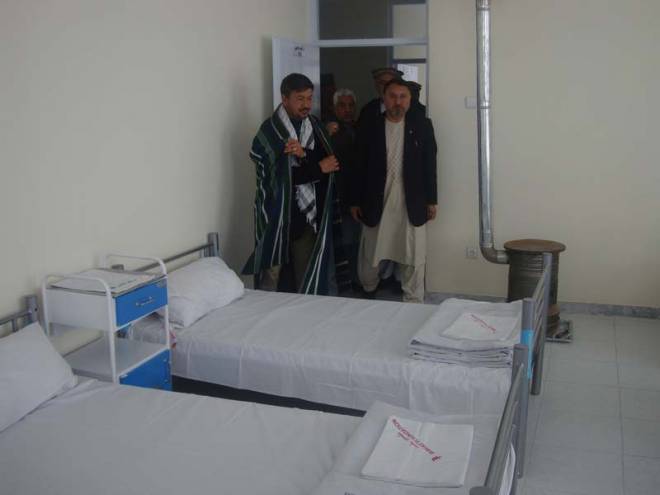 The Bibi Khairi Gul Hospital is one of two hospitals completed and dedicated on April 13, 2011, by the Bayat Foundation in the Behsood district to serve patients from the surrounding region. The one-story hospital took 16 months to finish and is built to a modern design, with a complete electrical system, patient rooms, operating room, delivery room, post-op recovery room, a pharmacy, doctor’s office, reception area, storage and bathrooms. Bayat Foundation hospitals and clinics in Afghanistan have treated over 400,000 patients and the number keeps growing.

Ehsan Bayat said, “We are thankful to have the opportunity to aid the women of Afghanistan through medical resources such as Bibi Khairi Gul hospital. Â You can see the hope and excitement on the faces of the local women, and all that it means to the families and villages in Wardak Province.”