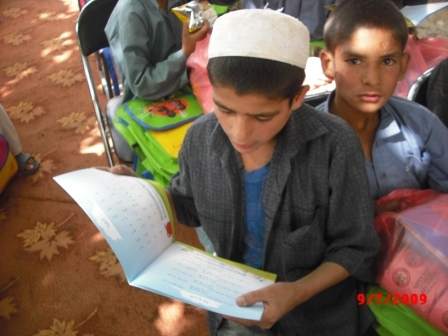 The Bayat Foundation announced a $10,000 grant to the Folk Arts Center of New England for the printing and distribution of 5,000 copies of the Children’s Songbook to children throughout Afghanistan. The songbook was first created in 1966 by a Peace Corps volunteer in Kabul, and since 2002 when nearly extinct, over 10,000 additional copies were distributed by various sponsors.